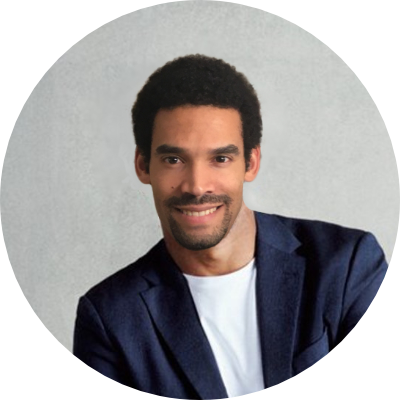 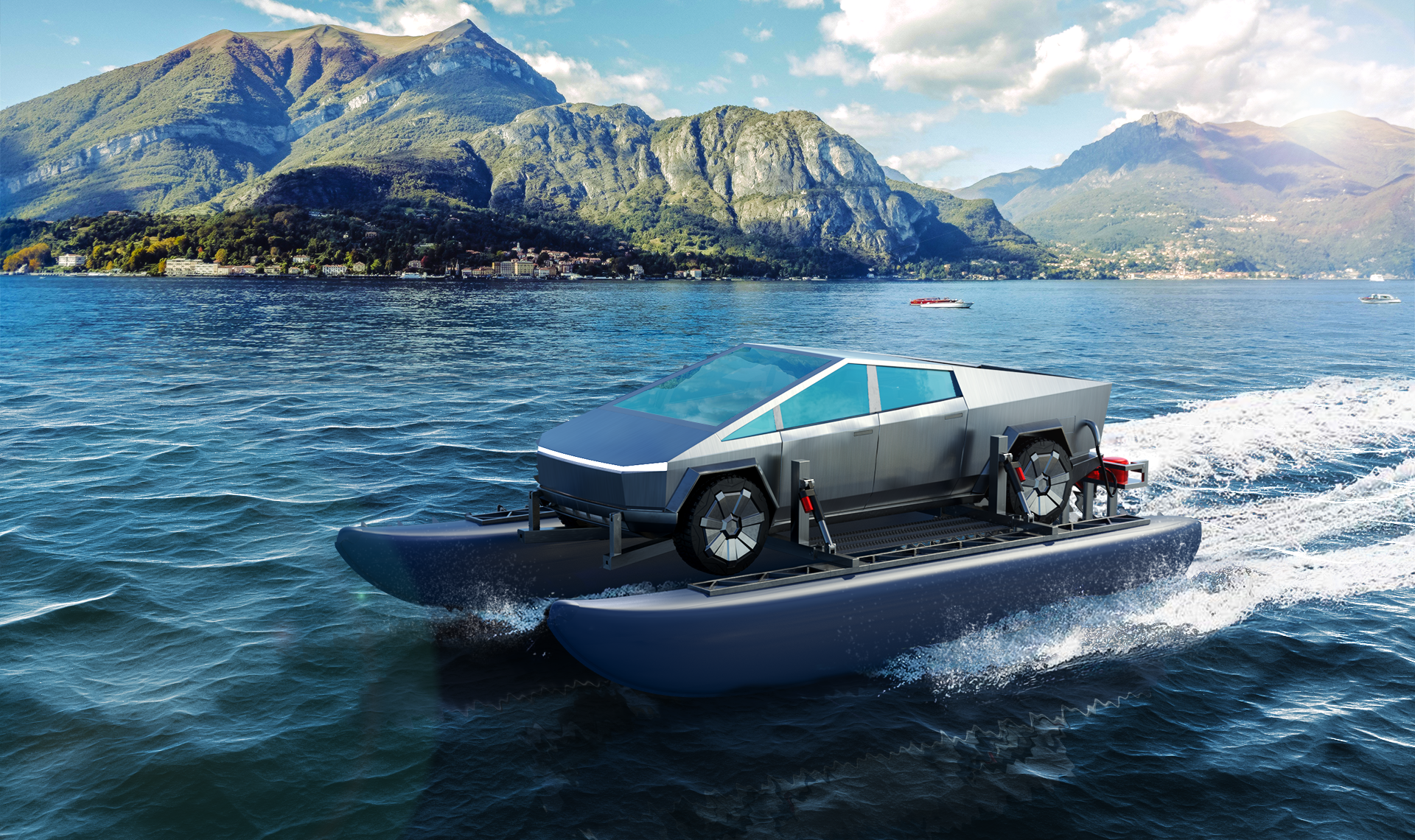 Living in the Greater Seattle Area on Puget Sound, I’ve dreamed  about having a way to easily and quickly hop across the water whenever I desired, that was inexpensive, didn’t require boat parking (marina mooring) and, most importantly, was clean given my background in climate tech.

As an early Cybertruck reservation holder and a Model 3 owner, I was excited about tweets from Elon that indicated Cybertruck should be able to serve as a boat for short periods.  However, this capability would ultimately be limited by the speed at which wheel rotation could propel the vehicle and it would never go fast enough to be compelling.

This past summer, I developed a concept for a portable, hydrofoiling, electric water vehicle that could collapse for storage in a bike locker.  This personal watercraft would allow a user to quickly transition from crossing water to becoming a pedestrian without the need for boat parking or to carry around the vehicle's extra weight. However, this concept was impractical and dangerous to use in winter weather. In a vehicle like a Cybertruck that could travel faster in the water, this crossing would become more feasible.

Any implementation relying on buoyancy from displacement using the submerged body of a typical road vehicle, however, would suffer from obvious problems such as corrosion, and an inability to exit the vehicle to enjoy the water as the waterline would likely be above the door openings.

I realized that I could apply the core design principles from my personal watercraft concept to the Cybertruck (or any appropriately configured electric road vehicle) to quickly transform it into an all-electric high performance amphibious catamaran and the Cybercat and Cybercat Foiler were born.

By leveraging the most expensive components of an electric road vehicle and adding the last few marginal components required to make it a seaworthy watercraft, Cybercat/Cybercat Foiler has the potential for unmatched unit economics for customers with a Cybertruck that are considering the purchase of a boat. The target price of the most expensive Cybercat Foiler model is ~3x less than comparable gasoline or diesel-powered boats and ~7x less than comparable electric boats. In addition, this vehicle concept provides OEMs the opportunity to achieve 1) higher margins than are typically for the auto industry, 2) scale significantly larger than is seen in the recreational boating market, and 3) substantial product differentiation.

Clean and comparatively inexpensive access to the recreational boating experience has the potential to massively expand the size of the market while providing responsible stewardship of the environment through reduced water, air, and carbon pollution. The Cybercat and Cybercat Foiler open up a new and exciting front in the mission to accelerate the world’s transition to sustainable energy.

Anthony Diamond, Ph.D. is passionate about the role technology can play in transforming human potential, from supporting a sustainable and prosperous global society to enhancing the capability and well-being of individuals.

As the CEO and Founder of Memory Maps Inc. he is working to bring to market a software-based learning tool that enables users to easily encode what they study to memory by leveraging Google Street View and personalized mnemonics generated by ML in a reimagined version of the memory palace technique for the digital age.

Prior to Memory Maps, Anthony Diamond was the CTO and Co-Founder of Axiom Exergy Inc., a Series A backed climate tech company that developed a large-scale cloud-connected thermal energy storage system called the Refrigeration Battery (150 kWe peak, 1MWhe capacity) with a lifecycle cost advantage 10x that of lithium-ion batteries at the time of introduction.

By designing a technology that used off-the-shelf components and was electromechanical in nature (instead of electrochemical), Axiom Exergy was able to sidestep the need for decades of R&D and billion-dollar production facilities to be economically viable and get to market in under 3 years.

Anthony has authored 10+ patents and was named to the Forbes 30 Under 30 list in the category of energy in 2017. He holds a Ph.D. in Materials Science and Engineering from UC Berkeley and a B.S. in Mechanical Engineering from Stanford University.